HUMANS OF DUBLIN can always be relied upon to highlight stories that will make your heart expand ten sizes and today is no different.

Yesterday, the popular Facebook page (in conjunction with Census of the Heart) highlighted the story of how a chance encounter between these two wound up changing everything.

“Today is our third anniversary. I’m originally from the States, but I watched a TED talk about changing habits in thirty days and I ended up living in Ireland. After watching that video I decided to make my bed everyday and cycle to work. One of them stuck, even after a life-threatening accident and my bike being destroyed. My friends organised a secret fundraiser and bought me a new bike.

In my heart, I felt I owed it to them to put the miles on the road. So with this gift I turned it into a goal; to travel. I quit my job, I gave away my belongings and left the States for the first time in my life.

My mother always wanted to visit the isle of her ancestors so no better place to start than in Ireland. When I arrived in Dublin I had no idea what I was doing, I just knew I had to get to the west, and while cycling in the cold and windy afternoon in the lashing hail and rain, I saw a colourfully dressed girl getting a Dublin bike.” 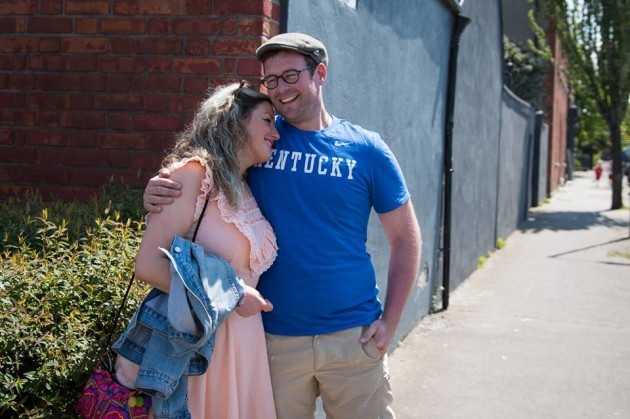 “On a little chilly May afternoon exactly three years ago I was politely interrupted on Bolton Street whilst getting a Dublin bike by a large American boy who had cycled from the airport. ‘Excuse me Ma’am, which way is the city centre?’ I replied, ‘You’re in it, buddy.’

He seemed very lost so I quickly asked him a load of questions, and one of them was ‘Where are you headed?’ He couldn’t really reply to any of them, he just said he needs to go to the West, but for today no place in particular. He looked nervous, but I could tell he was kind, so I told him to follow me!’”

She brought him to the popular Dublin 8 café The Fumbally where he immediately landed a job and a place to live.

“She led me to a café. The Fumbally. Going in the door she introduced me to her friend, who over a cup of tea sorted me with a place to stay, a phone, and a lift to the West. Within only a few hours, the café had taken me under their wing which eventually would lead me to working there.”

And the rest was history. 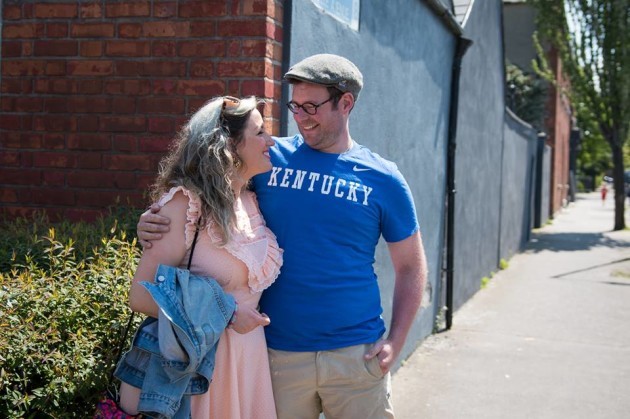 “Meeting Sally is a love story. Not one of romance, but of pure friendship. She opened her world to a stranger and I happened to ask the right questions. In that moment at the top of Capel Street, little did I know that I was about to be embraced by a wonderful community, a new place to call home and even the love of my life Eva.”

His advice? Seize life with both hands and you never know who you might meet.

“I would suggest not to let fear or funds hold you back. As the smallest life changing decisions like making your bed every day could lead you to a life-changing adventure… And who knows your Sally might just be around the corner.”

The story has garnered nearly 4,000 likes in less than 24 hours with people describing it in the comments as  ’beautiful,’ ‘heartwarming’ and ‘lovely’.

We tend to agree.