Speaking to photographer Peter Varga, the unnamed woman spoke about how she began volunteering:

I was very close with my grandmother, spending all my weekends at her house. And when she developed Alzheimer’s, we had the pleasure of looking after her in our family home. I was hugely impacted by how her quirky inner Dublin city personality was stripped away and how fast it disappeared. After she died, I decided to apply for a case workers job with the Alzheimer’s Society. I had no real experience apart from that with my grandmother, but they let me give it a try.

And the very first case she was assigned was with a man named Leo, an artist:

Leo was my first case and the most memorable one too. He was an artist with early stage Alzheimer’s, and he was vulnerable and alone. He had never married or had children, so most of his days were spent at home by himself. He dedicated every room in the house to his paintings, which spanned over sixty years. I spent seven years with Leo, slowly unlocking more and more about his life story. Our Saturdays were made up of trips to different art galleries, and he had a major interest for Padraig Pearse which would bring back little memories about his years during the rebellion. I knew, dropping him back to his house those evenings, that he would have forgotten completely about our day within five minutes of me leaving. That didn’t matter, though. I left him feeling great!

And the page included a picture of the pair as well 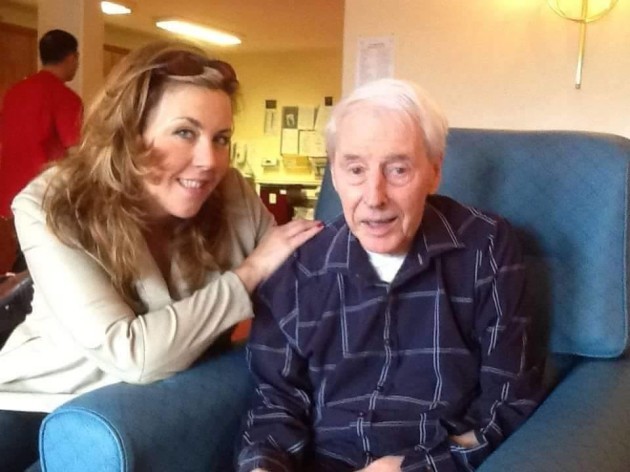 It made her realise that her time with Leo left her with some important lessons:

Leo hadn’t the ability to think five minutes ago or ahead, so he was left with that feeling, and it put him in a very zen-like state. Whenever I was with him, it put me in the same sort of state. He taught me a lot about how to be present, and to enjoy life by the minute. When his condition progressed and became more serious the decision was made that he enter into a nursing home where he would be taken care of 24 hours a day. This is when everything changed.

Enjoy life by the minute </3

If you like to find out more check out Artzheimer’s here.

This illness has and will touch the lives of many of us. Help Artzheimer’s bring about positive changes in the Alzheimer’s care system.

Was also covered by Lovin Dublin and The Irish Post